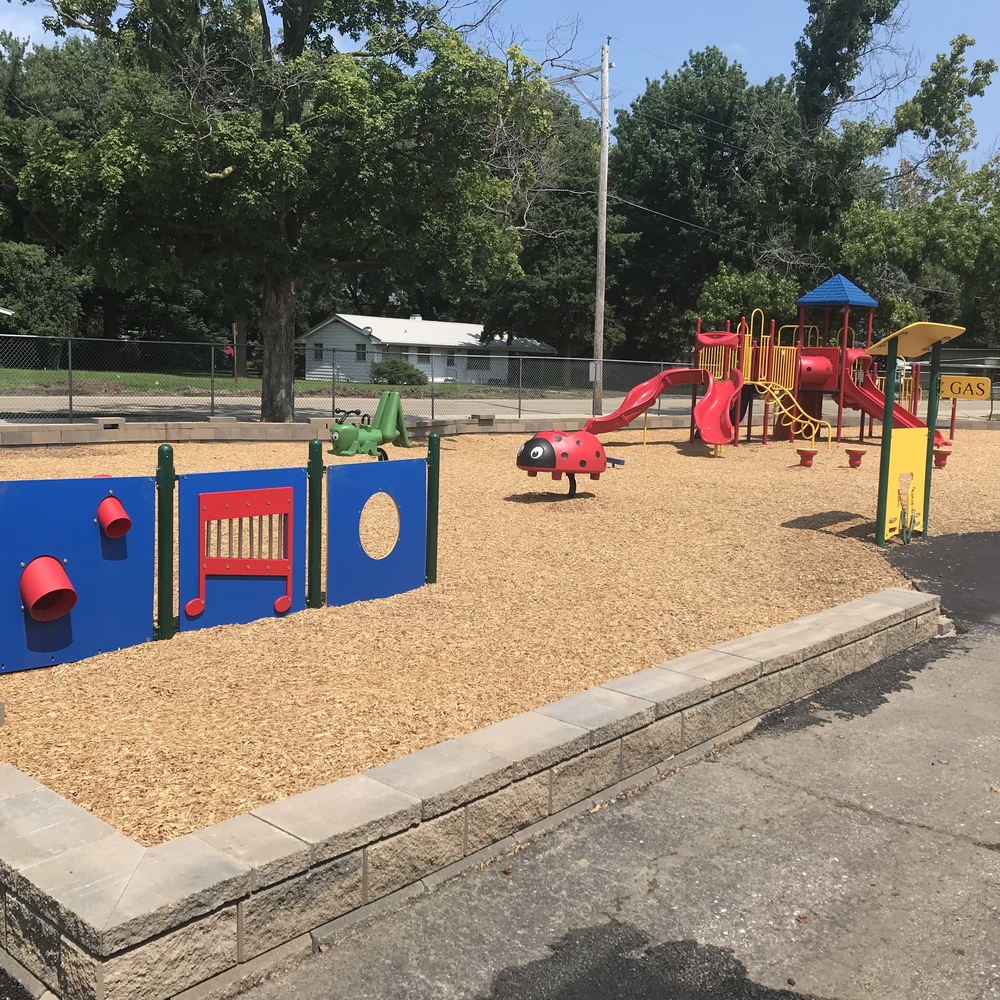 The preschool playground received a significant face-lift this summer at Arcola Elementary.  The district added several pieces of playground equipment that included a school bus, ladybug, grasshopper, and a gas station.  All of the pieces were specifically chosen because they aligned to the Illinois Early Learning and Development Standards.  In addition, the old pea gravel and rubber mats were removed and new ADA compliant mulch was installed to improve safety.  In addition, a beautiful playground border was installed around the equipment.  This work was done by one of the valued district partners, the Hendrix Group.  Dirt was brought in to cover the area between the new border and the fence.  Once that dirt settles, sod will be played to create a nice grass area.  The district is proud to be able to upgrade the facilities to improve both learning and safety for our youngest students!