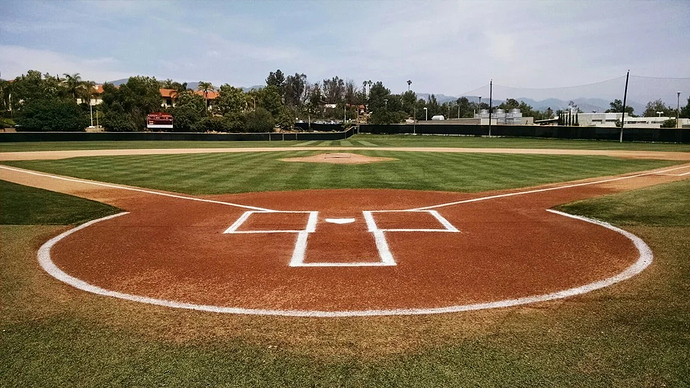 In another example of the on-going cooperation between the Arcola School District and the City of Arcola, the two public bodies have entered into a new agreement to provide significant improvements to the baseball and softball fields located at Moore’s Park.  As everyone in town knows, the school’s baseball and softball teams have played their home games at this location for many years.  Not once have they been required to pay any type of fee to the City for that use.  But as time has passed, the need for significant upgrades to those facilities has grown.

The City of Arcola was awarded a large grant a couple of years ago to provide some significant upgrades to Moore’s Park.  These upgrades include the installation of a new splash pad, the installation of a third field for smaller children to play games, drainage improvements, etc.  The splash pad is in Arcola with installation scheduled to start early summer.  As part of that grant, the city wrote in a new backstop for the existing baseball and softball fields.  Recently, the school district approached the City about the possibility of providing other upgrades to the fields besides just the backstops.

With the city council approval, the school district hired a field consultant to complete an analysis of the current fields. The district hired 4Most Sports out of St. Louis, MO.  They specialize in field design and construction.  They have extensive background with baseball and softball fields and even have former and current professional baseball groundkeepers on their advisory board.  Each field analysis and solution is customized to each individual situation.  4Most Sports conducted a variety of tests (including soil analysis, existing grade readings, etc.) and provided the city council and school board with several options for upgrading the fields.

Following the full presentation, the school district organized a working committee to narrow down a reasonable scope of work.  One main improvement is the baseball field infield.  The proposal includes the excavation of the baseball infield, laser leveling of the subgrade plus minus ½ inch. Laser Level and placement of all materials including a warning track around your sidelines, infield mix, building the mound, design/install of irrigation, drainage system, and sod install.  Other improvements include the new fencing at both parks, new baseball dugouts, new batting cages and new bullpens.  The total cost for all the projects is estimated to be around $300,000.

The City and School Board recently approved a Memorandum of Understanding that outlines the terms for project completion, payments, and maintenance and upkeep.

Some may ask, why is the school district is spending school district funds on the city park?  There are several reasons that I made that recommendation to the school board.  First, the annual cost for the school district to play baseball and softball has been almost nothing annually.  Occasionally, the district would kick in some funds for dirt or equipment but for over twenty-five years, the district has played without having to spend a dime on the field.  Second, the alternative to investing funds to upgrade the facilities would be to buy land and build brand new fields from scratch.  The district would be looking at 1-2 million dollars for a project like that.  So, the best option to ensure our student athletes play on a quality field, is to make improvements to the current fields. Third, all the funds that will be dedicated to the project will be from the 1% sales tax. Anyone that spends money in Douglas County is helping to upgrade the fields.  Finally, a healthy community leads to a healthy school district.  Making improvements to the park facilities will improve the look of the park and the playing experience for anyone that uses the facility. It is critical that Arcola as a community continues to upgrade infrastructure to entice new residents (and students) to come to Arcola!